The Chevy Cruze is more than just a car. The car in itself is a combination of a variety of things. It induces a plethora of emotions that provide comfort but also, some amazing and fun-filled drives while being completely safe.

Unfortunately, Chevrolet decided to disband its production back in 2019 after serving its massive customer base across the globe for nearly 8-years.

Cars Similar to the Chevy Cruze

Be it the fun, versatility, or drive you would have experienced with the Cruze, these 10 cars promise you the same. 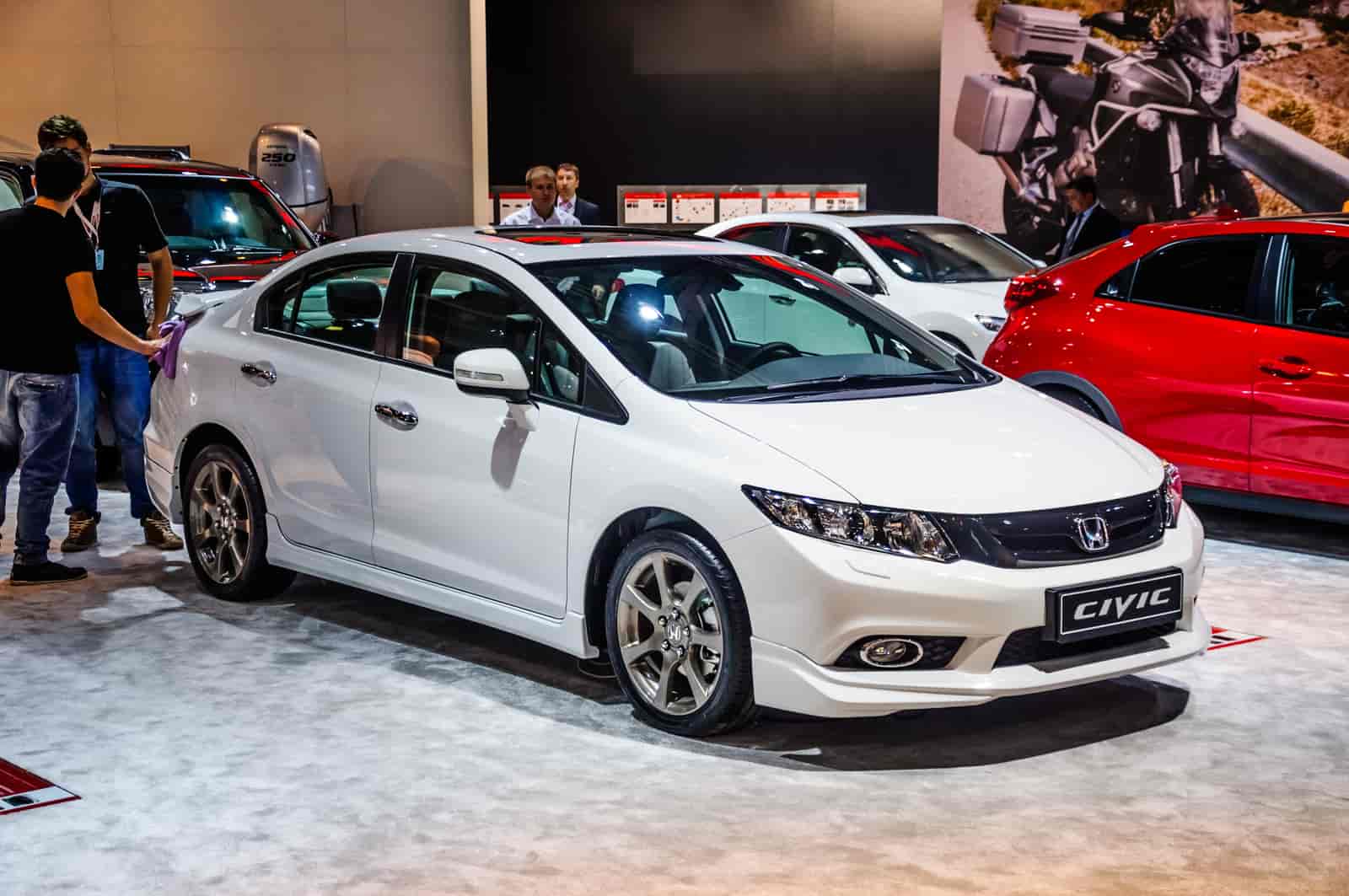 To start with, Honda Civic, the four-door compact sedan tops the list. If you switch the Chevrolet logo in a Chevy Cruze with a Honda one, you’ll get a Honda Civic! Both the cars are very similar in almost all aspects. Be it the external design or interiors, Civic replicates Cruze very well and possesses a high-reliability score.

Like the Chevy Cruze, Honda Civic is also very economical when it comes to fuel consumption which makes it ideal if one is to go on a long journey. The fuel economy on highways and cities is 40 mpg and 30 mpg, respectively. The smoothness offered by both cars is unparalleled. You get to choose among four models of Civic – LX, Sport, EX, and Touring.

2. Hyundai Elantra -The All New 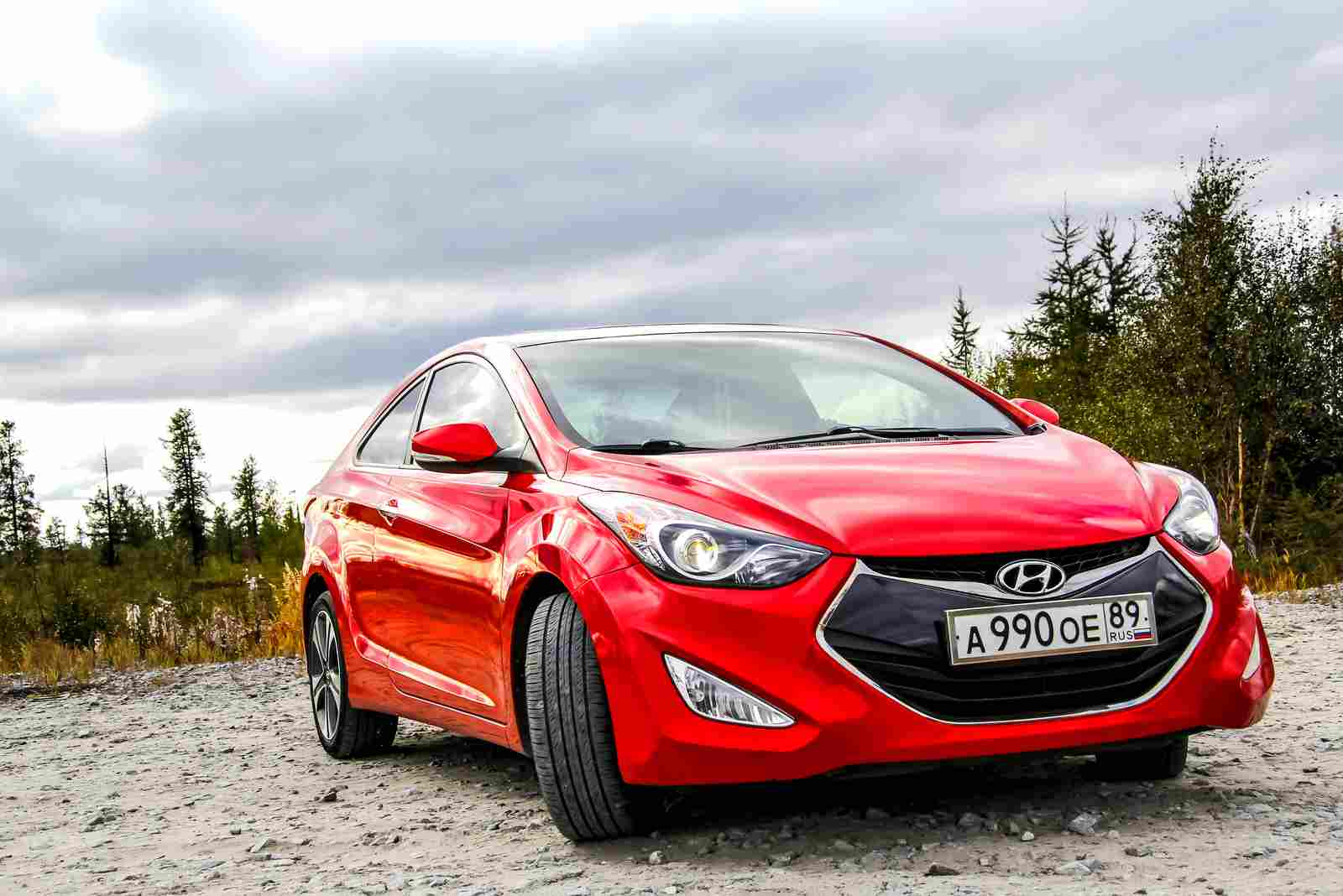 Unlike the Honda Civic and the Chevy Cruze, the Hyundai Elantra has a sense of modernity with cuts, making it look like it was brought in from the future. No wonder, why it bagged the 2021 North American Car of the Year Award.

The cuts have made the external body to look more appealing, all the while retaining the gracious space inside that is essential for comfort.

Both the Chevy Cruze and Hyundai Elantra provide a large space that can accommodate a lot of people at a time, making them ideal family cars with a seating space of 5 people. As mentioned earlier, one of the big selling points of Chevy Cruze has been the substantial amount of cargo space.

A handful of the modern techs Elantra brings to the table include Lane Following Assist (LFA) for highway drivers, Blind-Spot Collision-Avoidance Assist (BCA), Hyundai Digital Key, and more. Not to forget Elantra N Line which is also the sporty range from Hyundai.

The newer models of the Hyundai Elantra have gotten a higher reliability score and beaten the Chevrolet Cruze. So, if you’re looking for something similar to Chevrolet Cruze with a more modern touch, this is the car for you.

First launched in 1998, Ford Focus has effortlessly made its way to every household due to its amazing aspects to lure sedan lovers. However, the Ford Focus is also available as a hatchback. These are similar to the options offered in Chevy Cruze. Both the cars are similar with regards to the cabin space provided, as well as the 4-cylinder engine.

The chassis of Focus is both bold and elegant at the same time. Although the interiors aren’t top-notch, other features loaded in the car compensate for it. The total length of the hatchback variant of the Ford Focus is 4361mm. and the wheelbase measures 2649mm. Hence, you get both optimal performance and better handling.

The Ford Focus is equipped with a beautiful sound system that makes long road trips fun with your car blasting your favorite songs. The screen mounted on a dashboard makes it easier for people to access this sound system and the features of the car. The entertainment system supports Bluetooth, Voice recognition, and Aux, and also has a CD player. 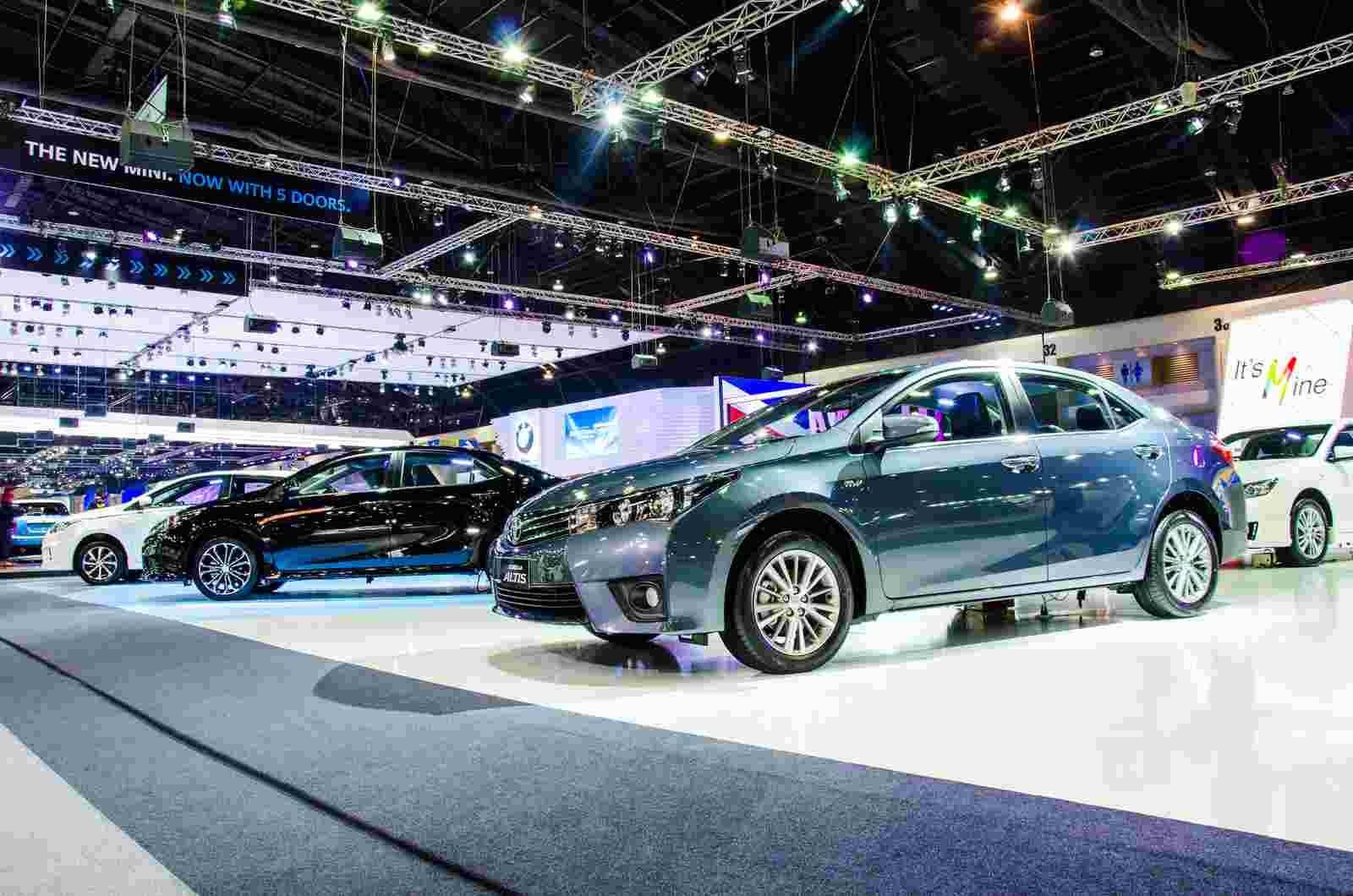 “Greater Than Ever”-that’s how Toyota has decided to market its next-gen Corolla. It’s another great car (in fact, more than just a car) very similar to the Chevy Cruze in regards to efficiency. The mileage on highways and cities is 40 mpg and 31 mpg, respectively.According to the company’s sales records, the hatchback model of Corolla performs better in the market than its sedan variant.

If you’re wondering what you get for paying the $20,175 for this beast, it includes Corolla Apex, Corolla Nightshade, Sporty Front Fascia, SofTex®-Trimmed sport seats, and more.

Like the Chevy Cruze, the Toyota Corolla is a 5-seater car and has multiple safety features like Stability Control, Airbags at all essential places, a Proper braking system, traction control, etc. Furthermore, some high-end models also have advanced technology and entertainment systems to make driving a fun experience.

Apart from that, both the cars offer a 4-cylinder engine and are very economical concerning fuel consumption. Hence, you won’t get a hole in your pocket while taking the car on a long road trip. 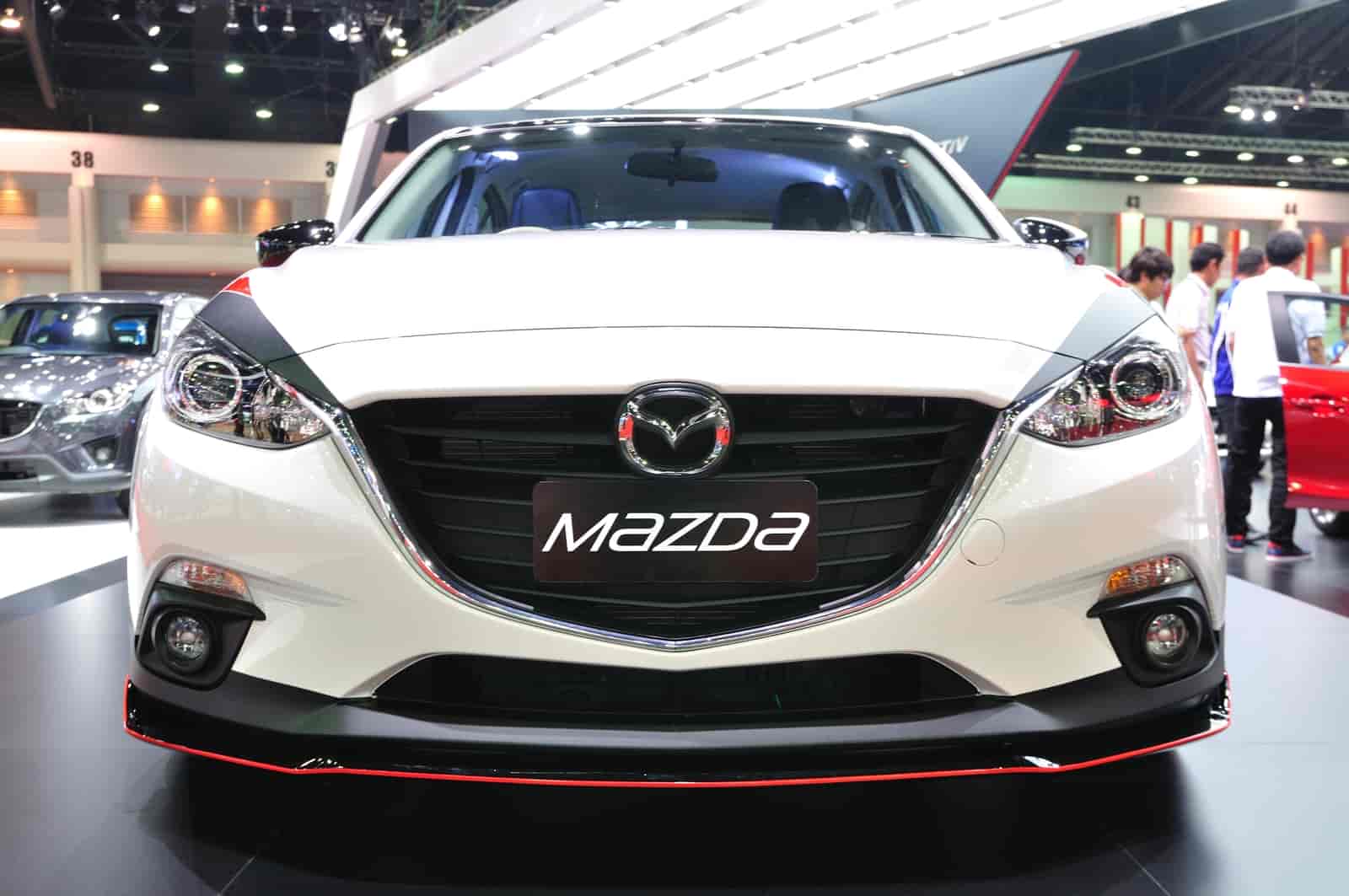 The Mazda 3 is a car that is very similar to the Chevy Cruze regarding the look and the technology. Both the cars offer a different type of look with the body design differing in some aspects. While Chevy Cruze gives more of a classic midwest look, Mazda 3 gives more of a premium and futuristic look.

The Chevy Cruze and Mazda 3 come in 2 models; a sedan in which the trunk is distinguishable because it is separated from the cabin area and a hatchback model with 5 doors. The Mazda 3 also has a strong body when it comes to driving in unfavorable conditions like storms.

Mazda 3, like the Chevy Cruze, is equipped with good safety equipment and is economical when it comes to part maintenance, fuel consumption, and purchasing costs. 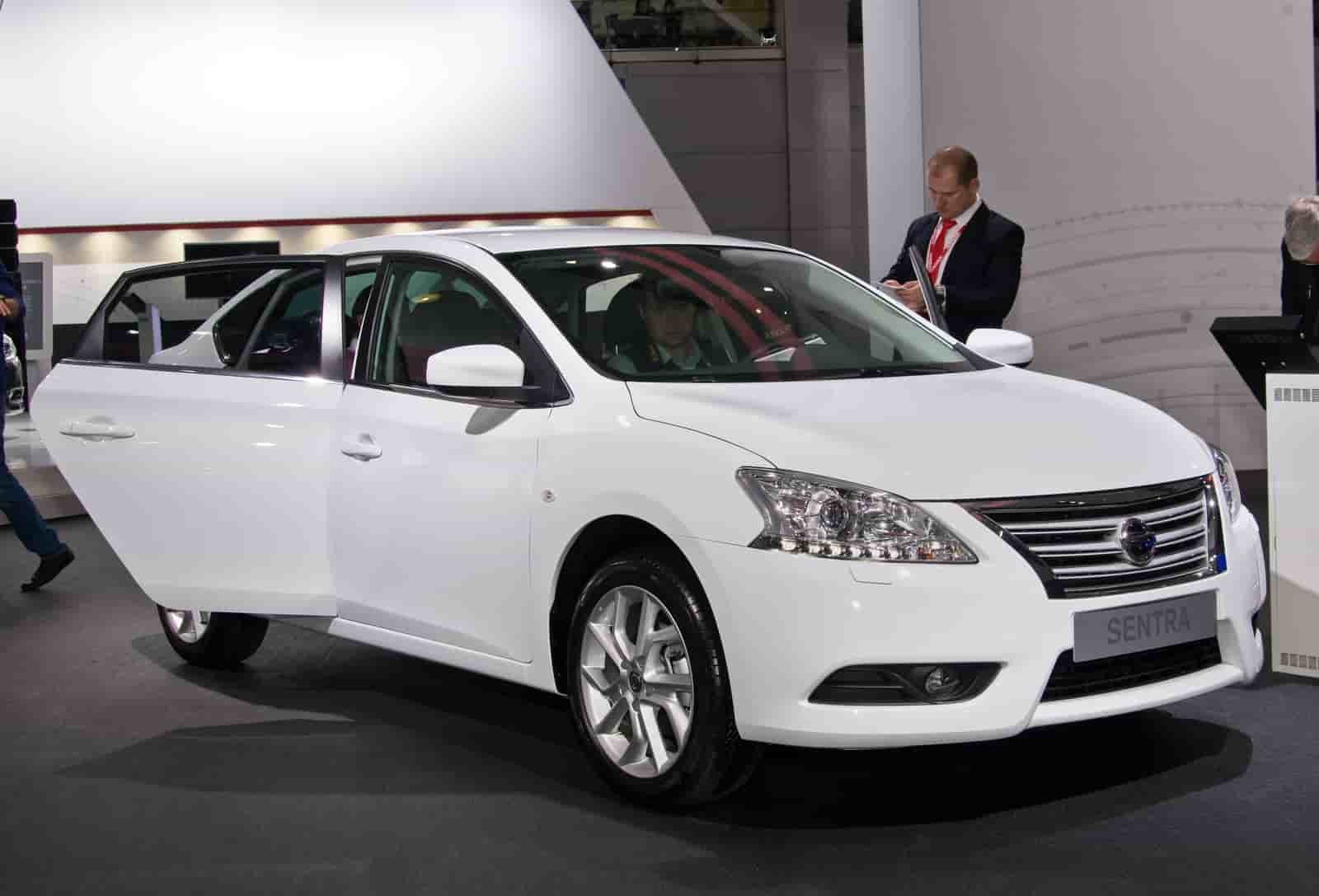 The Nissan Sentra is not only similar but also superior to the Chevy Cruze. It has a higher ground clearance and a smaller turning radius, which makes it easier for one to park the car and move in smaller areas.

Even though the Nissan Sentra has a better turning radius and higher ground clearance, it possesses more cabin space in terms of legroom and headspace. The only point where the Cruze is better than the Sentra is that it has a more modern design than the Sentra. 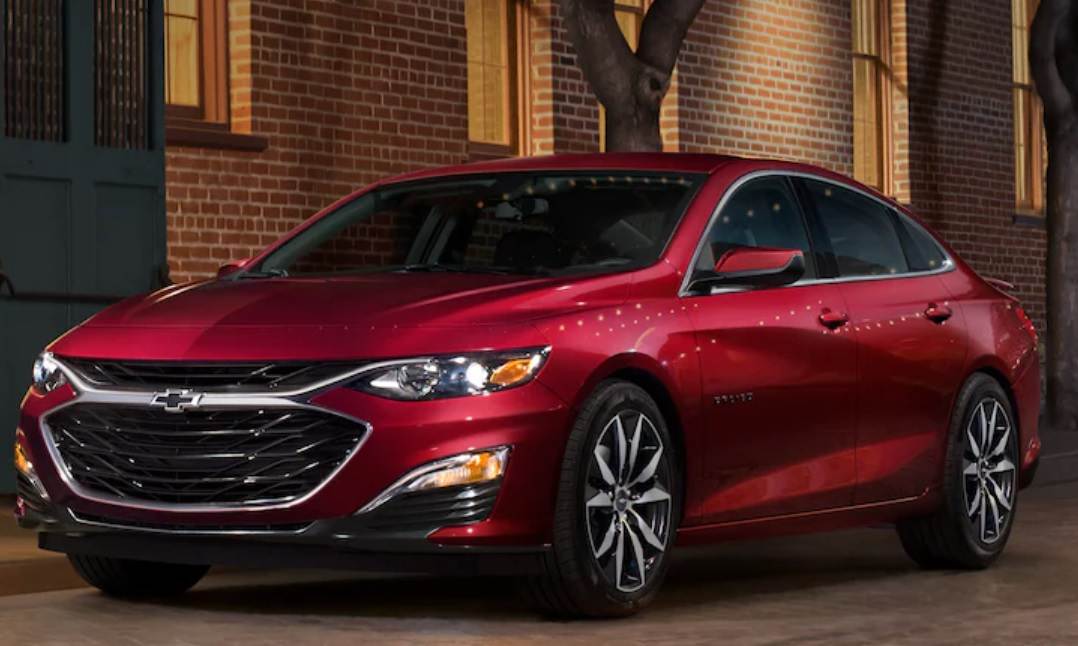 If you’re looking for something from the brand itself, it’s the Chevy Malibu. Malibu is similar to the Chevy Cruze in regards to size but is a big upgrade from the same. The Chevy Malibu is a car where Chevrolet did not compromise while adding any features. It possesses some amazing safety features like the forward collision alert, which informs you when there are chances of collision. Talking about the engine, you get a 1.5-liter four-cylinder engine in most Malibu models.

Moreover, you can opt for the blacked-out Malibu Midnight Edition and Sport Edition to stand out on the road. The four amazing features of this line are 19″ black aluminum wheels, a blacked-out grille, black front, and rear bowtie emblems, and a black nameplate.

Furthermore, to get the driver more comfortable while driving, the Chevy Malibu also comes with a Lane Change alert and Blind Zone Alert, which significantly helps in reducing collisions. Lastly, to add to all this, the Chevy Malibu also offers a Cruise Control feature where one can just focus on the steering and your car will help you choose the ideal speed to reach your destination in time all the while avoiding any collisions.

Higher models also offer state-of-the-art technology like wireless charging. However, its certain rivals are better placed in terms of interiors and are more desirable. These include the Honda Accord and the Kia K5. 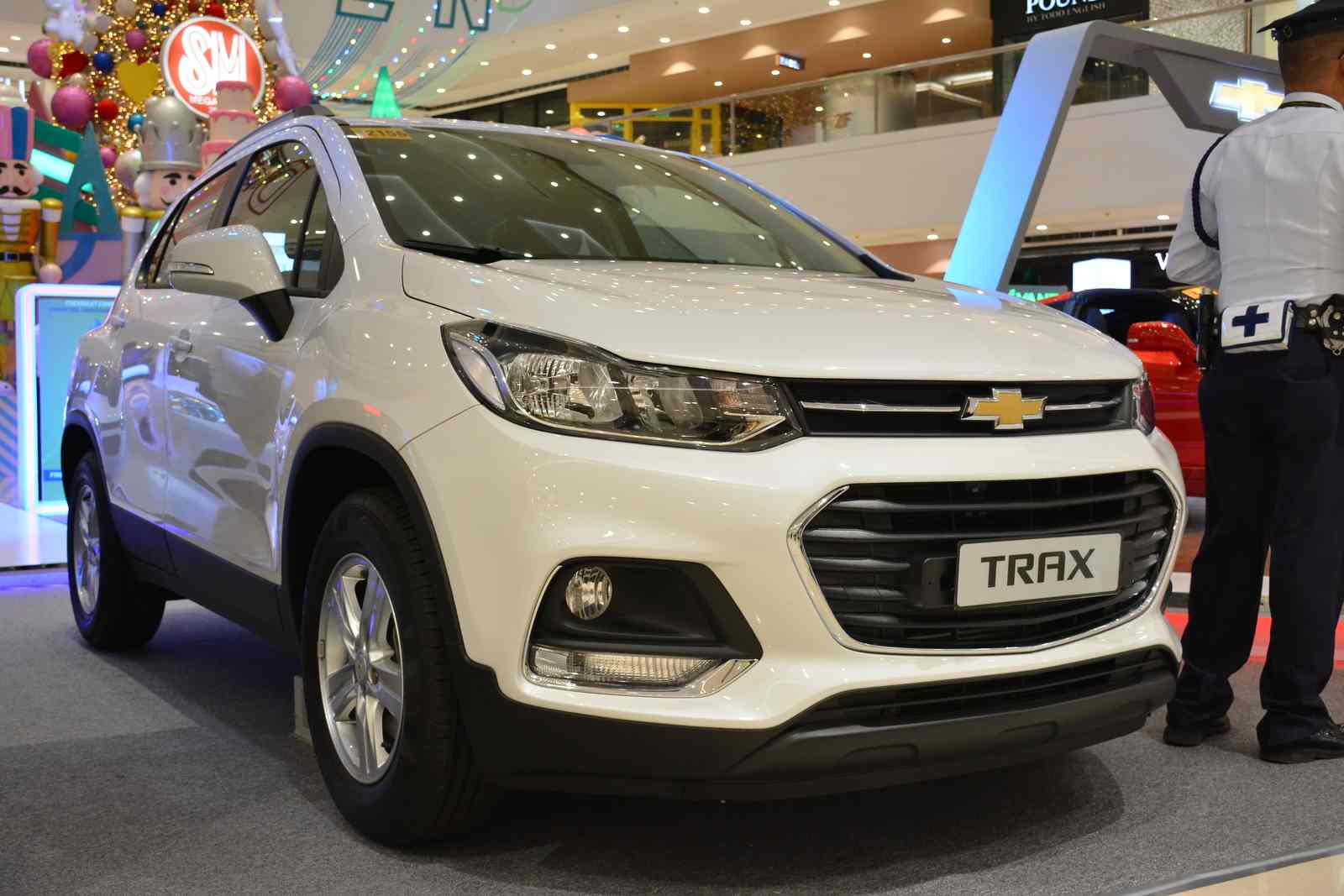 The Chevy Trax is an SUV that is both pocket friendly and reliable in the long run. It gives an economy of 23 MPG (miles per gallon) in the city and 32 MPG on the highway. What’s more? It has more space than the Chevy Cruze which makes it suitable for big families. Even though the Cruz has a higher horsepower as compared to the Chevy Trax, both of them offer an equal comfort level and are equally reliable cars.

The Chevy Trax also offers a nice and comfortable sporty grip along with additional safety features that do not exist in the Chevy Cruze. Note that Trax’s 2022 model is going to be the last run of the car from Chevrolet.

The Kia Forte is no doubt similar to the Chevy Cruze if you compare the hatchback versions. Both the cars look extremely similar with the Chevy Cruze looking more streamlined and the Kia looking a little wider.

The Kia Forte has almost the same cabin space as compared to the Chevy Cruze but with the additional feature of folding the rear seats to increase cabin space. This helps get more cargo to take on your long road trips.

Both the cars have a similar reliability rating, but the Kia Forte wins when it comes to technology because it was launched very recently. Moreover, Forte has been equipped with the powerful 147-hp four-cylinder. The top GT model of Kia Forte produces a tremendous power of 201-hp. This, however, isn’t good enough to beat the power of its rivals, including the Honda Civic Si, Mazda 3, and the Volkswagen Jetta GLI.

Nevertheless, if you’re in search of a compact SUV under $25,145 with an eye-catchy design, cruise control, smooth driving lane assist system, and other features, you shouldn’t eliminate Kia Forte from your wishlist.

Last but not least, here’s the Subaru Impreza – an affordably priced sedan and hatchback. It is comfortable, reliable, and better looking, making it an obvious alternative to the Chevy Cruze. It is made in 2 models as well; a sedan and a hatchback. However, the latter outperforms the former in terms of practicality.

The Subaru Impreza comes in four variants – Base, Premium, Sport, and Limited. Out of these four, the Premium model is currently the highest-selling due to its decent add-ons from the base.

If your budget is not a constraint, you can opt for the lone package Subaru has to offer and get a push-button start, sunroof, power-adjustable driver seat, hands-free entry, blind-spot detection, and cross-traffic alert.

The major downside of the Subaru Impreza is its mundane interiors that don’t complement its top-class exterior design. Still, you get a soft-touch plastic-based interior with a built-in armrest and sufficient head and legroom. The car has a limited cargo space that restricts its customer base to nuclear families. Although the 60:40 split rear seat folding mechanism is still there.

In a nutshell, Subaru Impreza is a 50:50 recommendation.

Even after Chevy Cruze’s production was stopped by Chevrolet, we must realize that moving forward, there are a lot of alternatives available for Chevy Cruze. A lot of cars may be exactly like the Chevy Cruze, whether you prefer a hatchback or a sedan, while the others may be an upgrade from the same.

A lot of companies produce cars like Chevy Cruze as mentioned above and some even have better ratings and features. If you want something exactly like a Chevy Cruze, your best option is a Honda Civic. However, if you want to get more versatility and upgraded versions, the Kia can be a good pick.