One of the most intriguing new debuts in the luxury electric vehicle market in the United States is the impending Cadillac Lyriq, which mixes the brand’s premium approach with GM’s Ultrium platform.

With a starting price of $45,000, the Cadillac Lyriq is a viable alternative to electric cars such as the Audi e-Tron, Tesla Model Y, and Volvo XC40 Recharge. The Debut Edition is only available with rear-wheel drive.

The ordinary all-wheel-drive model may cost less than the restricted rear-wheel-drive one with all the bells and whistles. In this article, we have listed below the top cars which are similar to Cadillac LYRIQ EV.

The Audi e-Tron is an excellent car in terms of performance. It has a slightly larger battery, projected to have a substantially higher range, indicating significantly better efficiency.

The AWD version range will indeed be less than the RWD version. But even so, it should outperform the Audi e-Tron. The RWD version has less power, but an AWD model in the future will most likely be better.

Seating for five is available in the Audi E-Tron electric crossover SUV, released in 2022. It is a great competitor to Tesla’s Model X, available in SUV and Sportback body types.

With a lower ride height than the BMW X5, Mercedes-Benz GLE, and Jeep Grand Cherokee models, the E-Tron SUV includes a sportier Sportback. With a slightly lower stance that evokes Audi’s Allroad wagons, the E-Tron SUV and Sportback slot well between the brand’s Q5 and Q7 SUV models.

It takes 5.5 seconds to get from 0 to 60 mph in the E-Tron due to 402 horsepower motors mounted on both the front and back wheels. The Sportback can drive 222 miles, while the SUV can go 218 miles. This year, E-Tron S three-motor vehicles with 496 horsepower and 718 lb-ft of torque enter the range, allowing a 0 to 60 mph within 4.3 seconds.

They feature two rear motors that work independently for more accurate and forceful torque, with significant handling benefits and some traction advantages. They have two rear motors.

The E-Tron feels like a lighter and lower car owing to its powerful immediate torque delivery in the SUV and Sportback. It is also quiet, offering you a smooth ride due to comfortable front seats.

It has enough room in the rear for two to three people to spend the day in luxury. Remember that the Sportback is smaller in both headroom and load capacity. The first all-electric IIHS Top Safety Pick+ was the E-Tron. There are few cars, electric or otherwise, that can compete with the safety of the Tesla Model S. 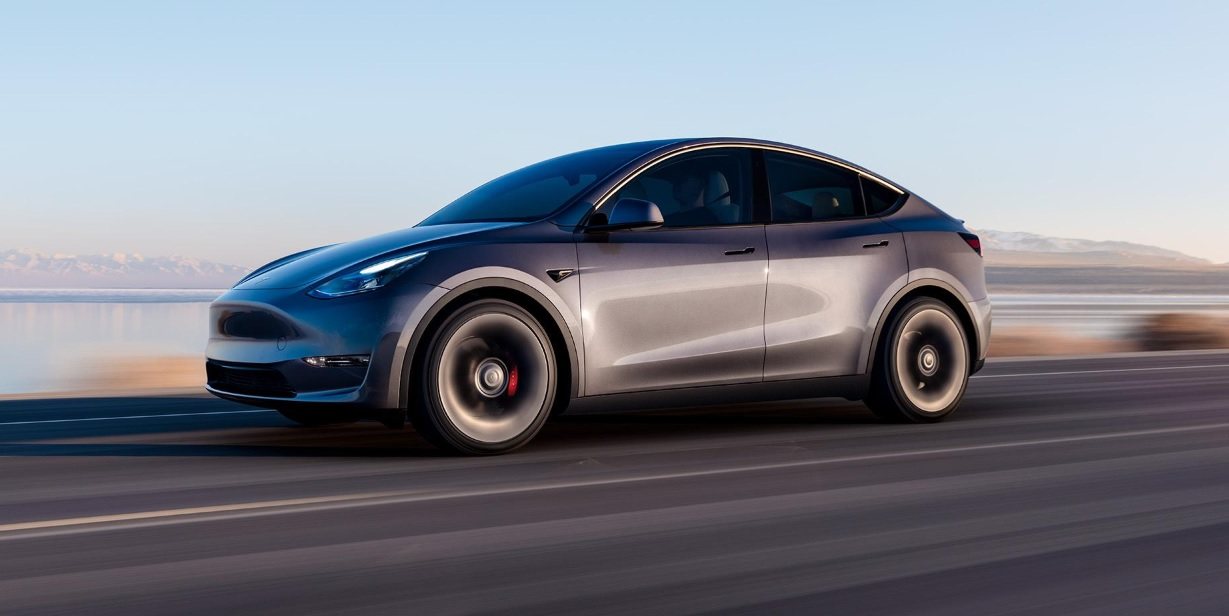 There is a lot to like about the Cadillac Lyriq, compared to Tesla’s existing Model Y. The pricing is the same since both the manufacturers are not eligible for the federal tax credit.

There is more than a quarter of an increase in battery capacity in the Cadillac Lyriq. The Lyriq’s range is significantly smaller (when comparing RWD and AWD models), but it is also a larger vehicle (9 inches long and slightly wider with a similar height). Tesla has its advantages, such as the capability to use the Supercharging network.

It is Tesla’s largest electric SUV. It has an optional third row, advanced driver aid systems, and a long history of thought leadership in the emerging electric vehicle market.

Prices for the Tesla Model X range from $90,000 to $120,000. This vehicle meets many luxury consumers’ expectations due to the large expanses of plastic and vinyl.

If you are new to the electrified vehicle market, you should know that an EV is an all-electric car or an SUV. A plug-in hybrid is an electric vehicle with a conventional engine.

It does not matter whatever electric vehicle you choose, you can extend the battery life using regenerative braking and plug-in charging. Even though the Tesla Model X comes with a massive center touchscreen, it is incompatible with either Apple CarPlay or Android Auto.

In the Cadillac Lyriq, you will find an industry-leading infotainment system featuring a display with over one billion colors that wraps around the driver’s seat.

Another notable difference is the Cadillac Lyriq has leather, but the Tesla does not. The Lyriq will be available in RWD as the most affordable option, whereas Tesla requires purchasers to opt for AWD.

In our tests, the Performance variant sped up to 60 mph in only 3.6 seconds. Despite its outstanding acceleration, the Model Y lacks the same enjoyment degree to drive as the Model 3. The Y’s harsher ride-over-road irregularities are due to the SUV’s higher center of gravity, which reduces the Model 3’s handling sharpness.

The Long Range all-wheel-drive variant has a maximum range of 330 miles, while the Performance model’s highest range is 303 miles. But the latter has 20-inch wheels, a lowered suspension, a higher peak speed (155 mph), faster-stated acceleration, and a Track mode.

The Model Y’s interior is carried over from the Model 3 sedan, rather than the more sophisticated Falcon Wing doors seen on the Model X crossover. There are not many physical controls on this automobile. Instead, you have to rely on a giant infotainment screen sitting in the middle of a plain dash.

The interior has an airy feel thanks to an all-glass roof that is highly tinted to prevent overheating passengers in the Sun Belt states. Even though it costs an additional $3,000, we doubt the Model Y’s optional third row of seats can accommodate people in comfort.

The enormous, thin infotainment touchscreen in the dashboard center controls almost every feature in the Model Y. This instrument cluster’s display shows everything from the temperature to the speedometer, which might take some time to get accustomed to.

With Netflix, Hulu, and YouTube pre-installed applications, the Model Y has everything you need to pass the time while you wait for the battery to charge at a public charging station. Drivers cannot use these distractions while driving the car, so you do not have to worry. 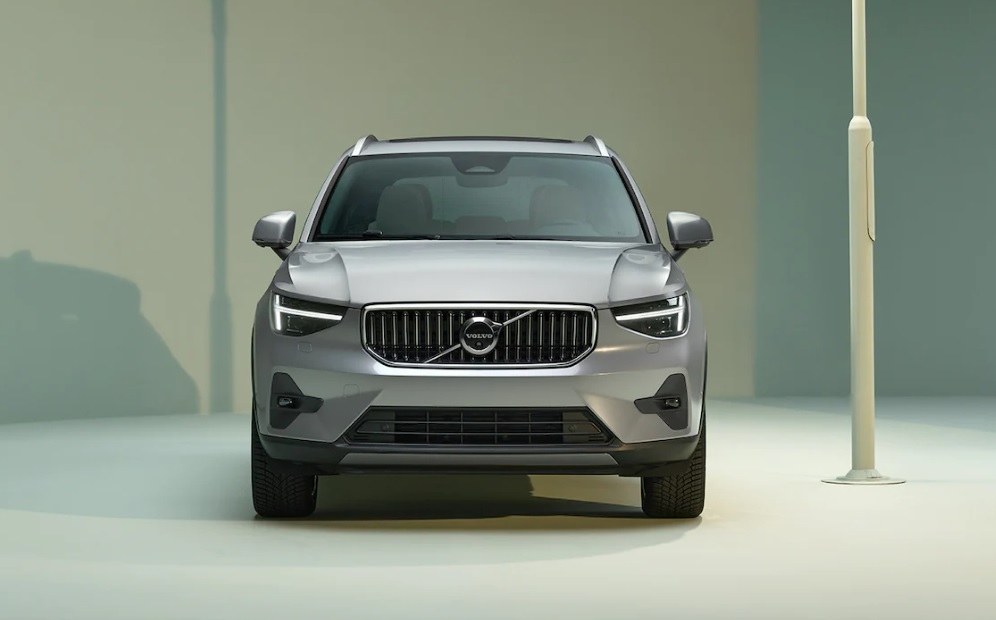 The Volvo XC40 takes a lot of cues from its more powerful big brothers. The XC40’s modest size is not a deterrent because of its Scandinavian-inspired design.

The interior has a surprising amount of space and is chock-full of thoughtful touches. There is a vertical touchscreen similar to previous Volvos. Although, physical controls are few and far between.

There are two output levels for the 2.0-liter turbo 4-cylinder. The T4’s 184-horsepower engine is available solely in a front-wheel-drive configuration. T5’s 248 horsepower delivers the AWD and a 3,500-pound towing capacity.

Automatic transmissions are used in both Volvo and Cadillac vehicles. However, the electronic shifter in both is shaky. In terms of acceleration, the T5 is noticeably quicker than the T4. When stretched, either engine can produce a coarse sound. On average, the T4 gets 26 miles per gallon, almost edging out the T5’s 25.

The Momentum trim level of the all-new 2022 Volvo XC40 will no longer have front fog lamps. However, wireless device charging will be available on the R-Design trim.

The 2022 Volvo XC40 is a luxurious subcompact SUV that will surely impress you. From the outside, it is spectacular, but sitting within it is much better. To get a taste of what the 2022 XC40’s interior offers, go through the list of essential features below.

You will want to get behind the wheel of the 2022 XC40 as soon as you see it due to its single fantastic powerplant. High-tech and safety elements will keep you connected and safe while driving. The 2022 XC40 has everything you need, from high-performance audio to incoming lane avoidance, all in one vehicle.

Comparison between these cars and Cadillac LYRIQ EV

The Cadillac is the least powerful of the group. Because GM will soon be releasing a 1,000-horsepower electric Hummer pickup, this is shocking. Cadillac’s Lyriq, on the other hand, is powered solely by an electric motor at the back wheels. All-wheel-drive vehicles with dual motors, 340 horsepower, and 325 pound-feet of torque get outclassed by this vehicle.

We do not know how much power or torque the base model has because Tesla does not release these figures. On the other hand, Model Y performance is likely to be sought after by true power addicts.

The 0 to 60 mph timing of 3.5 seconds shows that it is significantly more potent than the other crossovers on our list. For an electric vehicle, the range is more crucial than power.

Here, Tesla takes the lead. An estimated range of 326 miles is available in the standard Long Range trim level. Although it has a range of 303 miles, the firm does not reveal how massive the battery is for this Performance model.

You can expect over 300 miles on a 100-kWh battery from the Cadillac. Cadillac does not specify if this is the gross or usable vehicle value. Audi and Jaguar lag with a combined range of fewer than 250 miles per 95 kWh of battery capacity.

To prolong the battery’s lifespan and keep driving ranges stable over time, manufacturers often reduce the total capacity to a lesser extent than the usable capacity. Only Audi does this.

There is a difference in efficiency between electric automobiles and gas-powered vehicles, even though electric cars do not consume gas. Tesla’s longer range may be due to its higher efficiency.

In terms of mpg-e, the Long Range is rated at 125, while the Performance is at 110. The Audi follows at 78, and the Jaguar is barely behind at 76. Until now, the Cadillac has not been rated.

Finally, Tesla’s supercharger stations provide the fastest possible charging for its vehicles. In this order, the second-placed Cadillac is followed by the Audi and the Jaguar.

Level 2 home charging stations are necessary for this. The Cadillac will charge at 11.5 kW, the same as the Tesla and Jaguar, if the charger is not perfect. As an option, Cadillac will feature the speedier Level 2 technology, but it will be available on lower-tier models in the future.

Cadillac Lyriq is the latest electric luxury crossover to join a fast-growing market. It incorporates the company’s distinctive wrinkled design language, high-tech capabilities, and an excellent choice of options.

We have to compare the Cadillac’s price and characteristics to other vehicles in the same price range to see how it stacks up. The Tesla Model Y, Audi E-Tron, Jaguar I-Pace, and Volvo XC40 are among the luxury electric crossovers you can consider in place of the Cadillac LYRIQ EV.